Celebrating the 75th Anniversary of the ILR School 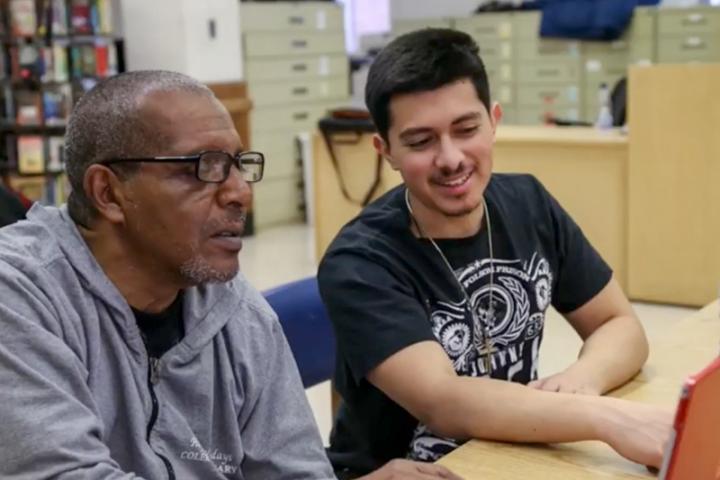 Andres Alvarado ’21 was drawn to the ILR school for its community, which he describes as supportive and versatile. “I knew it was the perfect major for me,” he said.

Now a senior, Andres can look back on a number of meaningful hands-on learning and community engagement experiences he has had at ILR.

One of Andres’s favorite academic experiences has been taking Professor Susanne Bruyére’s classes on autism in the workplace. Bruyere, who is the academic director of ILR’s Yang-Tan Institute on Employment and Disability and who teaches courses on employment for people with disabilities, is “amazing,” Andres said.

He also was able to take an engaged history course with Professor Louis Hyman in New York City as part of his credit internship. “Labor and Capital in New York” combined classroom instruction with tours of historic locations and museums. “I think it was the coolest class that I’ve taken,” Andres said.

Andres’s credit internship has been “his favorite part of ILR,” he said. Andres worked at the New York City based OPEN DOORS organization, a network of “artists, activists and advocates motivated by community building, gun violence prevention and disability rights,” that operates out of the Coler Nursing Home. While interning at OPEN DOORS, Andres organized collaborations between Cornell Tech and the men of OPEN DOORS, allowing communication and learning across a number of societal divides.

Andres graduates from ILR in May and is planning to attend law school. “The law is something that has affected the people in my life a lot,” Andres said. “Especially working with the people at OPEN DOORS, they are more affected by legislation because they have less social and political power.”

How has ILR changed you?

I was always a big fan of unions, but now I’m a much bigger fan. Most importantly, I've learned how to approach different topics that I never learned about, like before ILR, I had never taken a law class. I have been able to develop an approach to being able to just learn all these different topics. You can take everything from advanced statistics to history at ILR.

How are you making an impact through your experiences at ILR?

I’ve had all these opportunities to make an impact at ILR, like my internship with OPEN DOORS and being able to work with College Mentors for Kids. Not only that, but I’m prepared to make an impact after I graduated, especially when it comes to advocating for labor.

How might the mission of ILR shape the next 75 years of work, labor, and employment?

Hopefully, we'll be able to get a lot more unions. A lot of people want to be in unions, but there’s not enough protection for workers to form unions. I learned in my classes that since the Reagan administration, companies definitely have more power than unions, but I think that a lot of people of our generation feel that it should be the other way around. A possible step we can take to increase union power is to improve the National Labor Relations Act.