Whether pursuing a traditional ILR career or another path, the mission of the ILR School touches all of the alumni. You help expand ILR's reach through your diverse careers. As ambassadors, you are telling the world about the ILR School every day.
Originally published in ILR 75th Anniversary. 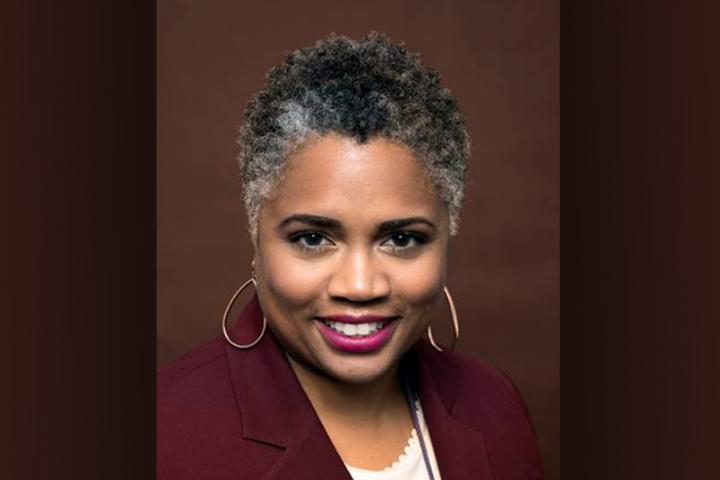 Dr. Angelica Allen-McMillan ‘91 has been named as the next commissioner of the New Jersey Department of Education, pending New Jersey State Senate confirmation. Her path to the position is as unique as was her path to the ILR school.

As a high schooler, Allen-McMillan was interested in designing effective workspaces for people and their materials, and planned to pursue industrial engineering. She originally applied to Cornell’s College of Engineering, hoping to be able to work in this field. But, she then received a phone call from ILR’s admissions team, which said that based on her interests, she would make an excellent applicant. Four years later, Allen-McMillan graduated with an ILR degree.

“ILR was not an easy adaptation for me,” remembers Allen-McMillan. “But, I was so excited to study people and policies. You blend your historical knowledge of people and events to formulate new pathways to assist individuals and organizations in achieving their goals, which I particularly appreciated,” she said. “I was able to get to know several of my professors and have such rich discussions that extended beyond assigned materials. I fondly remember Professor Salvatore. While some opted to avoid his classes, I found the challenge worth the strain as he actually taught me how to think about my relationship to the work as opposed to simply completing the work for a grade.”

“That was my ILR experience in a nutshell, a journey of self-discovery fraught with struggle, success and great maturity,” Allen-McMillan said. Daily, she uses the skills she learned at ILR. “I synthesize and analyze large volumes of information, negotiate, mediate, arbitrate and adjudicate matters with the help of an amazing team.”

After graduating from Cornell, Allen-McMillan worked as an insurance underwriter. That experience was short lived. “I needed to be happy and believe I was making a difference in the lives of others and I did not see that while adding to someone’s bottom line.”

She earned a master’s degree in educational administration, as well as a doctorate in education, leadership, management and policy, both from Seton Hall University. In addition to working as a middle school science teacher and administrator, Allen-McMillan launched the Marion P. Thomas Charter School in Newark, served as the Morris County Education Superintendent, as trustee for the County College of Morris and as a board of education member of the Morris County Vocational School District. She remains connected to Cornell through assisting with alumni relations and serving on the Cornell University Library Advisory Council and the President’s Council of Cornell Women.

Allen-McMillan responded to these questions:

How has ILR changed you?

My education provided me with an ability to reframe situations and to look at multiple sides of an issue. When I reflect on my experience in ILR, I learned more about myself then I could imagine. I learned more from my failures and challenges in comparison to my successes. I remember a prelim in statistics that was an open book. I think I brought every book that you could check out on statistics, but I spent so much time going through the resources that I didn't do well on the test. After the test, my professor said, “I think you came overprepared.” I learned from that experience that less is often more … what a lesson to learn.

Our school also allowed for exploration. I was able to take a sculpting class, which I loved, and I was able to take classes in the Africana department and across other colleges. That added to my well roundedness. I left Cornell with a much stronger sense of who I am as an individual, where my strengths lie and how I can navigate a variety of environments with great ease.

How are you making an impact through your experiences at ILR?

When I left Cornell, I realized law school was not for me after receiving an acceptance letter but deciding to defer for one year. During that period, I explored the corporate arena, hoping to help people using the labor relations skill set I had developed. I took a job with an insurance company and thought I was going to set the world on fire. But, I was so unfulfilled in this job and also decided to not matriculate into law school the following year.

I was inspired by a great friend of mine. He had attended Yale, was working as a teacher and high school debate coach. His excitement for teaching students was palpable. I felt that with my Ivy League degree, I had to do something great, to change the world. What I realized, however, was that, sometimes, the simplest decisions have the greatest effect.

I began my career in education as a substitute teacher because I wanted to dip my toe into the field before fully immersing myself. Within weeks, I realized that teaching was an experience I had to pursue as my vocation. There are very few professional experiences for me that match the joy of having my own classroom. While pursuing my teaching certification, I taught science to middle school students in an urban school district. It was a fantastic experience for me.

After a few years, I realized that influencing the student outcomes in one classroom was no longer as satisfying and decided that I wanted to influence an entire school of learners. This led to my pursuit of a master’s degree at Seton Hall University and the opening of a charter school in New Jersey. My next career move was into the traditional public school setting, where I worked as a vice-principal and then principal for 11 years. I earned my doctoral degree and then worked at the school district level before working at the state level as a county superintendent.

I knew I wanted to make a larger contribution and began seeking opportunities to do so. Before I knew it, I had a scheduled meeting with Governor Phil Murphy and shared my ideas for education and what I think we can do to improve outcomes for the 1.4-million-plus students in New Jersey. Now, I am serving as the acting commissioner of education in the midst of a pandemic and working to provide guidance and support to the school districts that need us.

How might the mission of ILR help shape the next 75 years of work, labor and employment?

It is my belief that a continued focus on how people relate to their work and one another will be paramount as the global marketplace continues to shrink in size. The international marketplace can also serve as a place to address social justice issues for the benefit of their workers, thus improving experiences for individuals, their families and our communities. Keep it simple, help people address their needs in the workplace and the world becomes a better place.