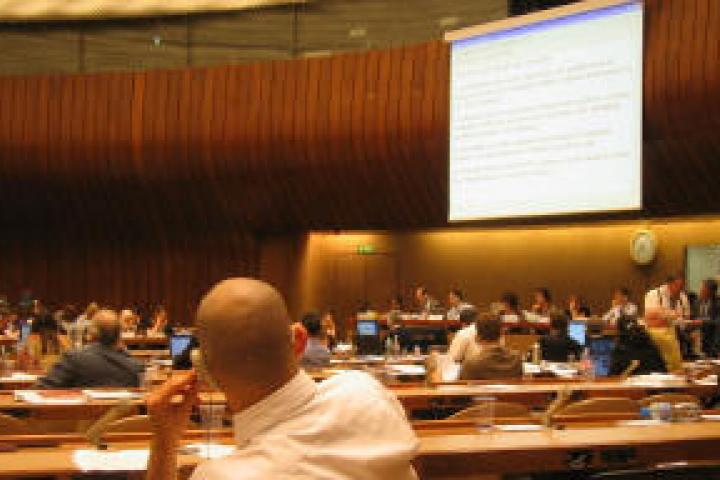 With the goal of contributing towards workplace improvements for migrant workers, I began my internship at the International Migration Program, International Labor Organization (ILO) in Geneva, Switzerland. The ILO was created in 1919 to promote rights at work, encourage fair employment opportunities, enhance social protection and strengthen dialogue pertaining to work-related issues.

Every year, the ILO hosts the annual International Labor Conference (ILC) in June. Member States, each represented by a tripartite delegation consisting of the government, employer and worker meet and express their position on labor issues. I arrived in Geneva just before the 99th session of the ILC, and was fortunate enough to attend the Committee on Domestic Workers. The ILC held the first discussion on a new international labor standard for the domestic workforce. During the 10-day conference, I realized the importance of the draft instrument, which was the basis for the discussion, the difficulties in reaching a tripartite agreement, negotiation and cooperation, both within and outside the formal Committee, and the significance of the delegates’ expertise, which influenced the persuasiveness of the dialogue amongst delegates. The negotiation did fall into confusion several times, but with compromise and tactful strategies of delegates, the discussion moved forward. The proposal for a convention supplemented by a recommendation concerning decent work for domestic workers is included in the agenda of the 100th ILC in 2011 for further discussion and adoption. Although the discussion could have been reached this year, I look forward to the results in 2011..

During my internship, I reviewed history of ILO’s work on international labor migration from the 1960s to the early 2000s. One of my objectives was to assist the ILO in organizing its past projects in order to prevent replication of work. I collected project reports and publications mainly from the migration unit’s documentation center as well as the ILO Library, and the archive center. Through this task I covered half the span of ILO’s existence, but the projects were quite numerous and pervasive in terms of diversity of issue and geography. Examples of projects include, assisting youth to work abroad, to integrate and reintegrate into society by offering job training, in Southeast Asia, South America, Africa, and Central and Eastern Europe. The ILO has responded to the world’s needs on international migration, and has tried to resolve them since establishment.

During my internship, I also joined the ILO Intern Board to strengthen communication among interns. As a web officer I managed the webpage.  Through my internship, I realized the importance of being aware of the history on ILO’s projects to be able to offer future recommendations. I found that migration issues were more profound and complicated than expected. This attracted me to pursue a career in this area. In addition, through interaction with experienced colleagues, I felt I needed more field experience, as well as academic training, in order to analyze and recommend improvements in the migrant workers’ conditions. I plan on preparing myself for a career in this field while at ILR.