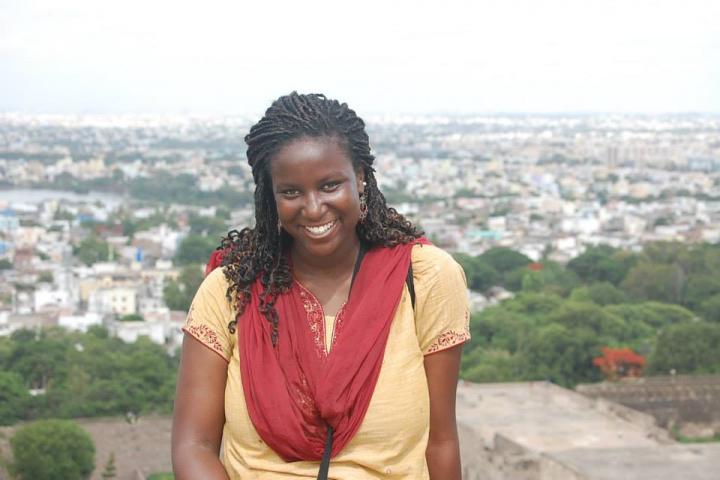 Teresa Danso-Danquah, BSILR ’15, was recently named a Harry S. Truman Scholar for her work in public service. Danso-Danquah, who plans to pursue a graduate degree in disability and human development and a law degree, has spent the majority of her time at Cornell advocating for people with disabilities. Her research at ILR’s Employment and Disability Institute is focused on the transition of young adults with disabilities in higher education and the working world.

During the summer of 2013, Danso-Danquah was part of the cohort that traveled to India to take part in the Global Service Learning (GSL) program, where she worked on a project to increase employment of youth with disabilities in Hyderabad, India. She also led therapeutic arts lessons with teen girls in Cusco, Peru during the winter of 2013 through an ILR International Programs travel grant, and has also served as a disability policy intern in the U.S. Senate through the ILR Credit Internship program.

Danso-Danquah is a Rawlings Cornell Presidential Research Scholar, a McNair Scholar and a Public Service Center Scholar. She has minors in Spanish, Law & Society and Inequality Studies. On campus, she is President of both the Disabilities Service Troop and the Cornell Union for Disabilities Awareness. Off campus, she volunteers with a residential program for young adults with disabilities.

Each year, the Harry S. Truman Foundation reviews over 600 applications for 55 to 65 scholarships awarded annually. This year’s 59 new Truman Scholars were selected from among 655 candidates nominated by 294 colleges and universities. They were chosen by 17 independent selection panels on the basis of the finalists’ academic success and leadership accomplishments, as well as their likelihood of becoming public service leaders. Each new Truman Scholar receives up to $30,000 for graduate study. Scholars also receive priority admission and supplemental financial aid at some premier graduate institutions, leadership training, career and graduate school counseling, and special internship opportunities within the federal government.

For more information on Danso-Danquah and the Truman Scholarship, please visit: http://www.ilr.cornell.edu/news/04172014_AdvocatingForPeopleWithDisabilities.html