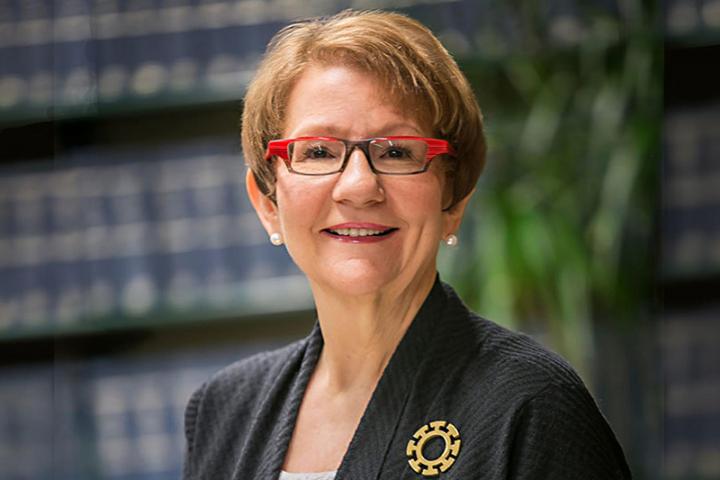 She will be inducted Nov. 11 in Washington, D.C., in recognition of “sustained outstanding performance in the profession, exemplifying integrity, dedication and excellence,” the college announced.

The induction will be held as part of the American Bar Association’s Labor and Employment Law Section Continuing Legal Education Conference.

The College of Labor and Employment Lawyers includes more than 1,400 members in 46 states, the District of Columbia, Puerto Rico and eight Canadian provinces.

The college was established in 1995 through an initiative of the Council of The Section of Labor and Employment Law of the American Bar Association.

ILR’s Labor and Employment Law Program University's brings together social scientists and attorneys to inform each other's work with the goal of addressing contemporary labor and employment law and workplace issues to influence litigation and public policy decisions.

Based in ILR’s midtown Manhattan office, the program sponsors events on labor and employment law throughout the year.

This year, the program began gearing up to provide the remedy in a case brought by Outten & Golden LLP as part of the firm’s representation of African-American and Latino plaintiffs against the U.S. Department of Commerce in a landmark class action settlement.

The Labor and Employment Law Program will provide remedy in the Gonzalez v. Pritzker settlement by establishing the Records Assistance Program. It will provide education and training to help African-American and Latino members of the 450,000-person lawsuit understand and
correct mistakes in their criminal records, and improve their chances for employment.

The litigation included people who suffered discrimination when their applications for more than one million temporary jobs for the 2010 census were screened out -- in violation of Title VII, the federal law prohibiting discrimination in the workplace -- by the bureau’s use of a flawed FBI arrest and convictions database. The census bureau is part of the U.S. Department of Commerce.

The Labor and Employment Law Program’s role in the remedy was cited when the Public Justice 2017 Trial Lawyer of the Year award was presented Monday to the legal team, led by Adam Klein ’87, that secured the settlement.