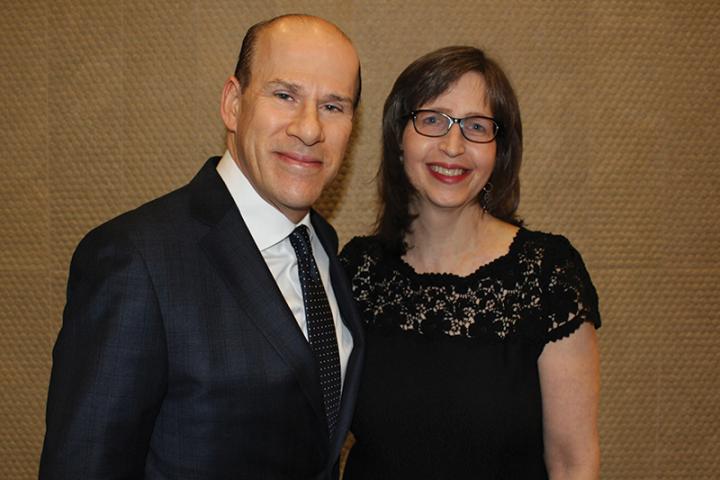 Martha Obler Kohn and Jeff Kohn have been working behind the scenes for almost 20 years to help victims of domestic violence.

The Kohns, 1981 ILR School graduates, have been actively involved with Hope’s Door, a domestic violence agency and shelter in Westchester County, N.Y.

Jeff is on its advisory board and Martha serves on the board of directors. They have supported its expanding mission, which includes educating children in middle and high schools in hopes of breaking the cycle of violence, and establishing a program that helps victims get jobs, training and mentors.

Martha became involved 19 years ago, when they moved to Chappaqua, N.Y. “I read a story in the newspaper that Hope’s Door needed blankets and sheets,” she said. “Instead of buying anniversary gifts for each other, Jeff and I donated to the shelter.”

Martha was its donations coordinator for several years and continues to help locate hard-to-find items for families. “Often, women and children leave their homes with only what they are wearing,” said Martha, who recently became a licensed master social worker.

His colleagues from O’Melveny spend two days a year gardening at the shelter. “They have also embraced the mission at Hope’s Door,” he said.

Jeff said he and Martha, once resident advisors at Cornell, credit their time at the university with helping to show the importance of community service. “It was a great education for what we do,” he said. Martha, who also volunteered as a peer counselor, said, “I was exposed to many situations I had never encountered before.”

“We’re proud to work with dedicated staff and volunteers who are helping families start new lives. One of the goals of Hope’s Door is to educate people so they recognize when others need help, and be sure the people who need help know about the services at Hope’s Door.”

Jeff and Martha are also generous supporters of ILR. Thanks to the Jeffrey and Martha Kohn Fund for International Study, many students have been able to travel to Nicaragua and Israel and take part in educational and service learning endeavors.