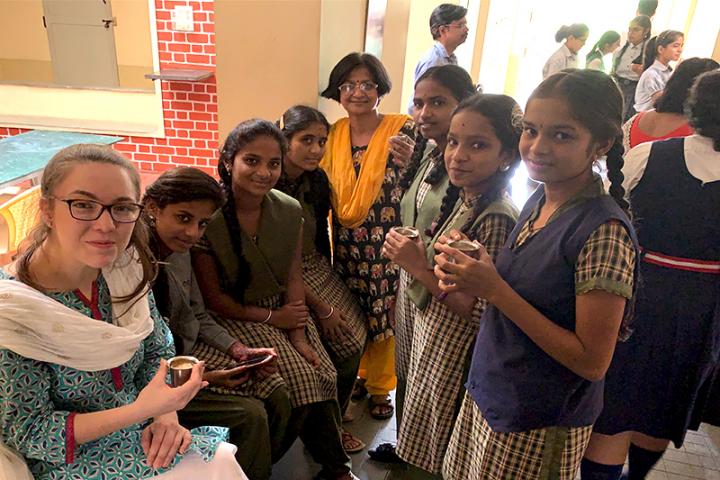 Nine years ago, ILR began partnering with the Swami Vivekananda Youth Movement in India to develop a relationship that could provide Cornell students with a unique global learning opportunity. The network, known as SVYM, is a community development, non-religious, non-political organization working for the benefit of indigenous and rural people in southern India. Each summer, about a dozen ILRies spend six weeks in Mysore in Karnataka state, India, to take classes and engage in ILR-focused service projects as part of ILR Global Service Learning.

“We know that ILR students’ lives change after taking part in the program,” said Donna Ramil, associate director of ILR International Programs. “Students share that their professional, personal and academic lives are significantly enhanced after their summer in India. Given that level of impact on the lives of Cornellians, we have been working to figure out what ILR could offer to positively impact the lives of young people in Mysore.” Go to

This past fall, the stars aligned, as Estefania Palacios ’18, a former India Global Service Learning student, accepted a position as outreach director of the Cornell Speech and Debate Society, based at ILR. Palacios and Ramil were at lunch one day when they ran into SVYM’s founder, Dr. R. Balasubramaniam. Known as Dr. Balu, he travels to Cornell each fall as a guest lecturer.

Dr. Balu was aware of Cornell’s global reputation in debate and expressed an interest in introducing debating techniques to Mysore schoolchildren. From there, Ramil and Palacios went to work coordinating with SVYM a debate workshop for high school-aged girls in the region. 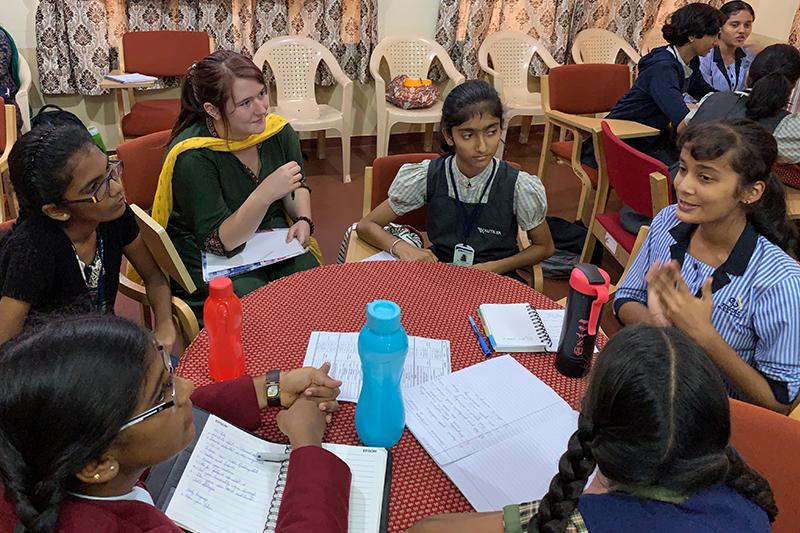 To make the workshop possible for Palacios to run effectively, she needed assistants – and needed to look no further than the ILR Global Service Learning students on the trip, several of whom were experienced debaters, or had taken Sam Nelson’s popular class on argumentation and debate.

“I think the workshop was super successful,” said Palacios. “Debate historically has been dominated by men. It's been a space for men and it's usually associated with being aggressive and being assertive. I think giving that safe space to only girls by providing this workshop and letting them speak without having boys there, was really empowering and it was an opportunity for them to grow and to really explore their potential without being judged."

Forty-four girls participated in the workshop, learning all aspects of debate, from argument building to refutation strategy. The girls were divided into teams and under the guidance of Palacios, participated in a debate tournament with one team crowned as champions. After the tournament, five girls were invited to participate in the International Summer Debate Camp, which will be held at ILR from July 28 to Aug. 4.

to see Shaavari S., a student at the J.S.S. Public School in Mysore, practicing her debate skills.

“At first, I thought there's only so much you can teach in a week,” said Palacios. “But, they really took on the feedback that we were giving them. So, I know they're going to apply what they learned. They're going to try and start their debate teams at their schools, and really apply it in their schoolwork, and life in general.” 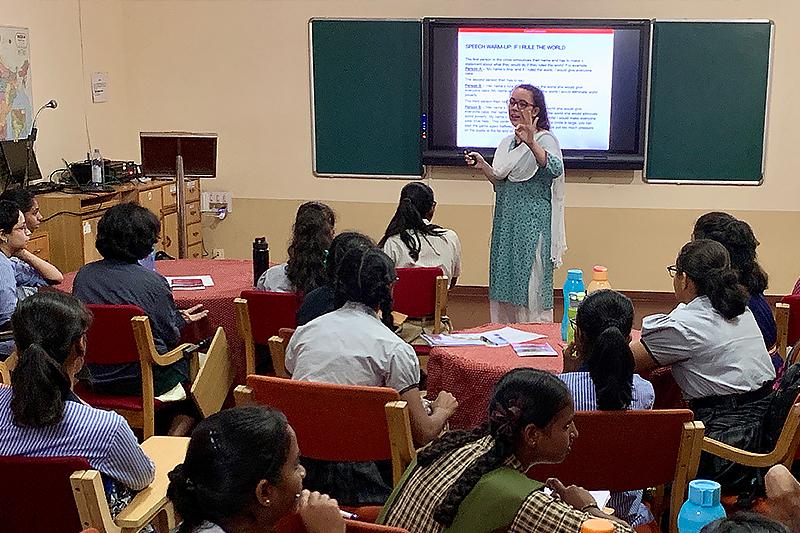 After the great success of the workshop, the SVYM would like to see the program continue and grow into the local schools.

“Our next step would be to put together the materials in native Kannada, the language spoken in the area,” said Ramil. “We figured out that we can do this with the Global Service Learning students. We have the skill set within that group to work with and assist Estefania. Now we need to package that in the local language so more girls can debate. We can also build this through the girls themselves. We’re going to have five of them come here for the debate camp, so we build on that capacity by putting the materials in their hands and having them experience the workshop. They are really brilliant, very capable young women. So, I know they can do it.”