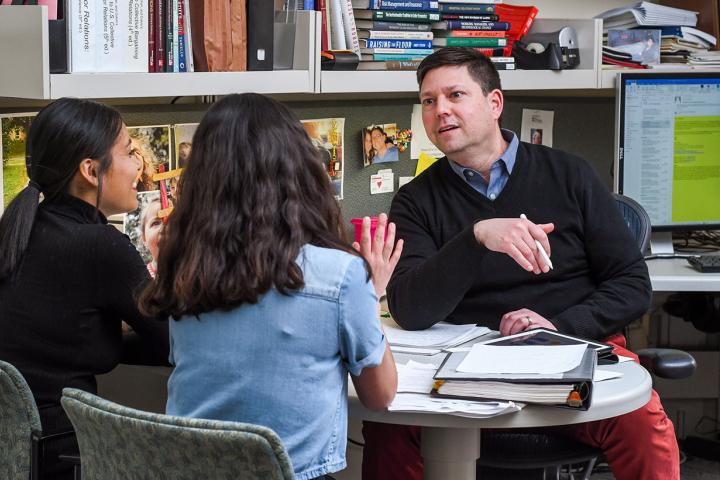 Associate professor Adam Seth Litwin recently received a Fulbright U.S. Scholar Program grant, allowing him to serve as the J. William Fulbright Visiting Professor of Work and Organizational studies at the University of Sydney next academic year. While there, he will study the impact of the present wave of technological change on work and workers.

Litwin plans to visit workplaces across Australia during the 2020-21 academic year.

“I relish few professional responsibilities more than visiting actual workplaces and speaking to the people that populate them,” Litwin said. “Actually, one of my earliest memories is visiting my grandfather at the neighborhood ‘superette’ he owned in Camden, N.J.”

The young Litwin would watch the cashiers, delivery drivers and stockers.

“I loved asking them questions about what they did and why. To my three-year-old mind, my enjoyment signaled a love of the grocery business and grocery work. I thought I wanted to be a grocer when I grew up.”

Later, Litwin found he had a similar experience when he accompanied his father – a radio news reporter – to cover breaking news in and around Philadelphia.

Eventually, he realized it wasn’t the substance of that work that interested him; it was the observation and analysis of work in general that commanded his attention. Since then, Litwin has been able to study workplaces in the U.S., Great Britain and Canada.

“That this fellowship will provide me the opportunity to deepen my firsthand knowledge of Australian workplaces is what drew me to the Fulbright in the first place,” he said.

Through both qualitative and quantitative methods, Litwin will study how new technologies are being used in the workplace and analyze the connections between technological change, power and economic risk in the employment relationship.

During his visiting professorship, Litwin will also hold an eight-month residence at Sydney University, the institutional home for the Journal of Industrial Relations, on whose editorial board he currently serves. “The field of Industrial Relations is thriving in Australia,” Litwin said. “While I will no doubt miss my ILR students and colleagues while I’m away, I’m looking forward to being a part of that.”

When he returns, Litwin will be well-positioned to begin writing a book on the ways that recent technological change has reshaped the power structure inherent to the employment relationship. He suspects this reshaping has facilitated some employers’ efforts to shift downside economic risk away from themselves.

The Fulbright Program was established in 1946 under legislation introduced by then-Senator J. William Fulbright. The freshman senator from Arkansas introduced a bill in the U.S. Congress that called for the use of proceeds from the sales of surplus war property to fund the “promotion of international good will through the exchange of students in the fields of education, culture and science.” One year later, President Harry S. Truman signed the Fulbright Act into law.