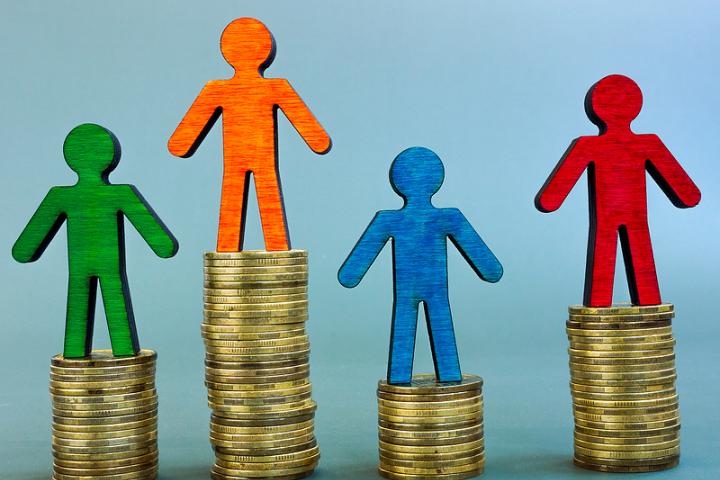 In the article “How Do I Compare? The Effect of Work-Unit Demographics on Reactions to Pay Inequity,” published this spring in the “ILR Review,” Keller and his co-authors – J. Adam Cobb of the University of Texas and Samir Nurmohamed of the Wharton School – examine how workgroup demographics affects employees’ responses to pay inequality.

To test their theory, the trio used five years of personnel records covering jobs in all function and at all levels – excluding the C-suite – at a U.S. health-services corporation, which they referred to as HealthCo.

According to the authors “Our core argument is that individuals tend to compare themselves to and, thus, have more information about the pay of same-category others.” The results of experiment they conducted supported this idea. They found that when informed of the sex of their hypothetical colleagues, both male and female participants tended to select same-sex others as pay referents. Moreover, the experimental results showed that workers experiencing higher levels of pay deprivation also reported lower perceptions of pay fairness, leading them to indicate they would be more likely to leave the job.

The study holds implications for how the systematic underpayment of women and minorities within an organization may or may not come to light. Specifically, it highlights the challenges workers face when determining whether their pay is commensurate to that of demographically dissimilar colleagues. Absent this information, employees will lack the knowledge necessary to discern

whether they are, in fact, underpaid.

This suggests that, absent the adoption of full pay transparency, the results underscore the value to workers in fostering cross-race and cross-gender relationships. Though such relationships can be difficult to develop and sustain, they play a key role in facilitating the flow of information about the pay of dissimilar others that is central to uncovering and addressing discriminatory pay practices.