The Pros and Cons of Working with a Star 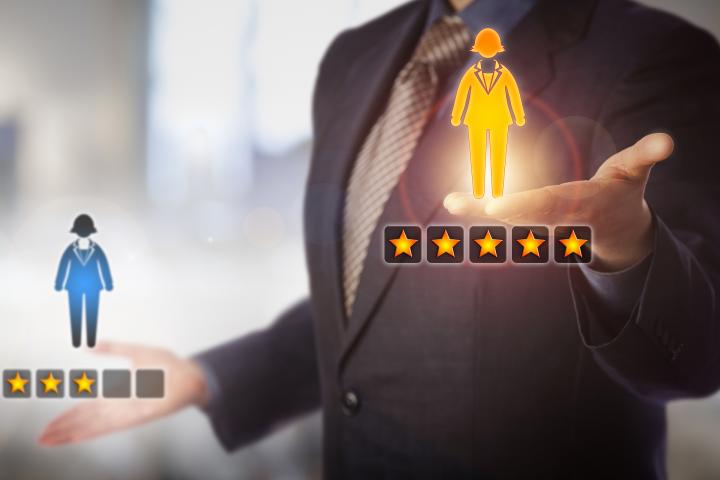 Working with a “star” employee – individuals who demonstrate exceptional performance and enjoy broad visibility relative to industry peers – has a unique set of risks and rewards, according to new research co-authored by ILR Associate Professor Rebecca Kehoe.

In the paper “Shadows and Shields: Stars Limit Their Collaborators’ Exposure to Attributions of Both Credit and Blame,” published in December by Personnel Psychology, Kehoe and her co-author, F. Scott Bentley of Binghamton University, examine how collaborating with a star affects credit and blame for non-stars.

The paper “really points to the richness that stars can provide to an organization if they, and the people around them, are managed effectively.” Kehoe said.

The duo also examined the role a non-star’s personal status plays in shaping the effects of succeeding or failing with a star co-manager. Namely, if a non-star has success of their own, they may be less likely to be overshadowed by a star co-manager when they succeed, and be better poised to benefit from shifts of blame to a star co-manager if they fail.

Their data consisted of monthly observations on U.S. hedge funds from 2005 to 2019 and career histories of the managers of these funds. The full dataset included information on 59,337 non-star fund managers involved in the management of 28,304 funds.

“Another layer to the findings was that it turns out that employees that have their own record of success are the ones that benefit the most by working with stars,” said Kehoe. “So the ones that need the benefit of working with the star the least, actually benefit the most. Our thinking there is that to the extent that you have proven yourself as an employee, even if you’re not a star, then others are less likely to brush you off when they look at your collaboration with a star. And in fact, you may benefit from the positive attention that the star brings to the collaboration.”

The duo also found that low performers – people who don’t do well on their own – but collaborate with a star and have a successful collaboration, actually end up worse off.

“They may be seen as riding the coattail of the stars,” Kehoe said. “I think what this points to, both for low-performing employees and for managers, is the importance of being very mindful of what is the gain that you’re hoping to achieve from a collaboration with a star. While low-performing employees might not get a status bump when they succeed  with a star, if they’re at least in a situation where they’re learning from the star’s expertise then that’s going to help their performance outside the collaboration, which can eventually put them in a better position down the line.”