Technology Is Displacing Workers, But Not The Way You Think 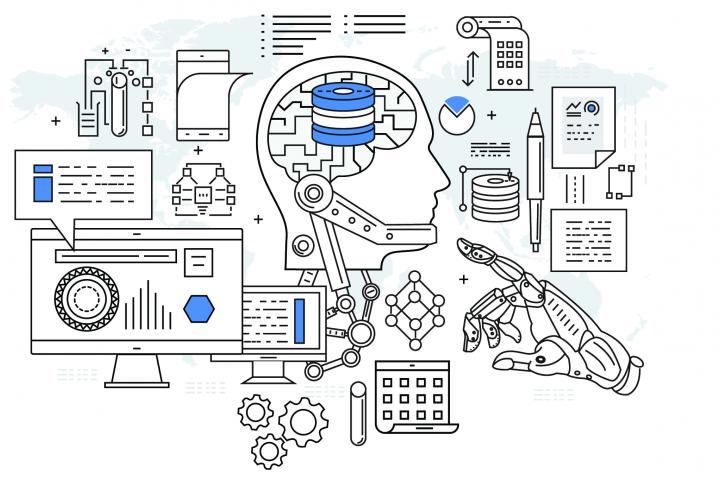 When it comes to technology in the workplace, many researchers have concentrated on the work process – how easy it is to automate aspects of a job. But, new research by Associate Professor Adam Seth Litwin and Sherry M. Tanious ’17 shows how technology has further eroded the “employment relationship” — the ways that employers relate to their workers.

“Routine tasks are easy to automate which means the demand for workers doing those tasks is going to fall, meaning wages are going to fall, too, until those jobs disappear entirely,” Litwin said.  “But, instead of focusing on that aspect, through this study we’re able to show that technology also makes it easier for employers to reassign work that was once done by traditional employees to workers at temp agencies.”

In the paper, “Information Technology, Business Strategy and the Reassignment of Work from In-House Employees to Agency Temps,” published online in January by the British Journal of Industrial Relations, Litwin and Tanious argue that aside from encroaching upon tasks once the exclusive province of human labor, IT has also contributed to a harmful restructuring of employment .

“Some employers are relying on new technology in order to externalize work,” Litwin said. “It is much easier to treat someone like a commodity when you don’t know them and when you feel no responsibility for their long-term professional well-being.

“There are still plenty of employers who value their workers, and they may want to use IT to empower their workforces and to deepen their bonds and mutual obligations. But, these good employers are going to get undercut, which is one reason why they would be wise to compete on the basis of quality or service.”

For their research, Litwin and Tanious drew on data collected through the 2011 Workplace Employment Relations Study, the sixth in a series of workplace-level surveys conducted in the United Kingdom since 1980. They relied mainly on its managers’ survey, which canvassed the most senior managers with responsibility for employment relations, HR or personnel at each workplace. The authors drew from questions about:

As the authors explain in the paper, “over the last two decades, the use of agency temps has transcended the short term and the ad hoc to include a broader range of tasks, some of them even white collar or managerial in nature … employers now use temporary agency staff expressly to bypass the long-term employment arrangements.”

According to the American Staffing Association, there were roughly 16 million people employed by temporary and contract staffing firms in the U.S. in 2019.

“Much of what we find in this paper applies to temp workers as well as other ‘nonstandard’ forms of work, including independent contracting and on-call work,” Litwin said. “We purposely used data that would not reflect issues related to the gig economy, since it had barely taken off by that time. But, you can imagine how IT facilitates these sorts of ‘non-employment relationships’ as well. According to 2016 EY survey, 62% of employers admitted to relying on contingent workers specifically to avoid labor costs.”

The authors found that technology makes it easier for employers to outsource to temp agencies. It does this in three ways.

According to Litwin, this factor is essential for policy makers to understand because if employers’ access to IT makes it easier to reassign work to agency temps, that significantly undermines conventional employment.

“Policymakers tend to ignore these relational issues,” he said. “They focus on skills and the idea that if workers stay highly trained, their jobs will remain safe. The reality is that they should focus on policies that promote competition on the basis of quality or service, rather than price.”

“In general, at least in ‘tradable’ sectors, American companies don’t do well competing on price. No matter how cheaply they can sell their goods, a Chinese company can do it even cheaper. So, just as good industrial policy, we should be promoting competition based on exceptional quality and service.”