Stories that feature our work amongst our communities in New York, the US, and the world, and invitations to join the change we're making to the world of work.
Originally published in News. 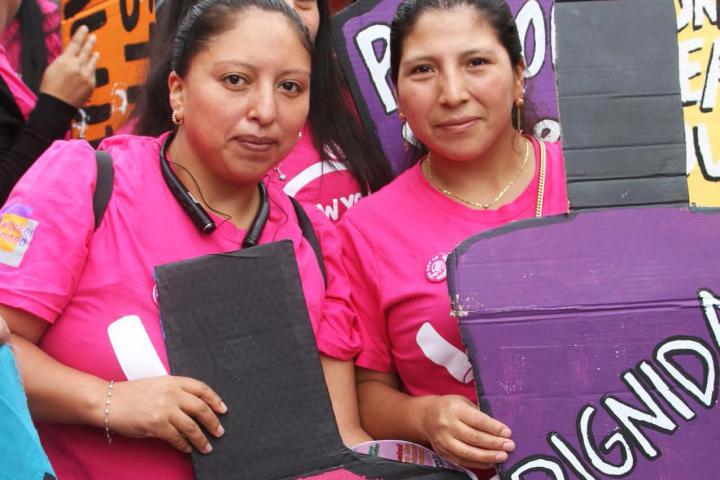 Key findings from a new report mapping the low wages and poor working conditions of New York state’s nail salon industry workers will be presented today in New York City at a rally calling for the passage of the Nail Salon Minimum Standards Council Act.

The Worker Institute report highlights the struggle to improve pay, benefits and labor conditions in the nail salon industry. Research respondents described substantial employer noncompliance with new state wage and hour requirements and health and safety regulations, and the risks of speaking out about labor violations.

“[A]t the end of the month, what they pay us is not enough. So, the stress of not being able to cover your economic responsibilities sometimes forces you to be very stressed at home... You can’t do many things because your income is limited,” said one focus group participant. “But, even if we complain … then you lose your job and you don’t even get the little bit [of money] you get with them … You have to endure and try to survive with what you manage to get at the end of the month.”

Professor Risa Lieberwitz, Worker Institute academic director, said, “This report reveals the harsh realities of the working conditions for nail salon workers. As importantly, the recommendations in the report – including raising standards through a sectoral approach – are aimed at improving working conditions in ways that fit the nature of the nail salon industry.”

New York stands out nationwide for having the highest concentration of nail technicians, and for nail salon service prices that are significantly lower than the national average, according to the authors, Zoë West, Worker Institute affiliate researcher; Russell Weaver, ILR Buffalo Co-Lab research director, and KC Wagner, director of Workplace Issues. As a workforce predominantly made up of immigrant women of color who often endure economic insecurity and have limited alternative job opportunities, the report finds that this precarity heightened fears of retaliation, undermining workers’ willingness to speak out about violations.

“Unvarnished: Precarity and Poor Working Conditions for Nail Salon Workers in New York State” is based on an analysis of government data on the industry; focus groups with nail salon workers conducted in four languages; and a statewide survey of nail salons. The report highlights the challenges of raising standards in this industry and also calls attention to the role of worker organizing and advocacy in driving industry change, recommending that access to training and awareness of workers’ rights appear to make workers feel more empowered to speak out.

“As in many low-wage industries, nail salon businesses commonly strive to remain competitive by cutting corners on labor costs and health and safety measures,” West said. “The impact this has on a workforce that is mostly immigrant women of color is far-reaching, as these workers are often core pillars of support for their families and communities with both their paid work and their unpaid care work."

In 2015, worker advocacy and investigative reporting put a spotlight on unjust labor practices in the state’s nail salon industry. The report examines the impact of New York State Senate bills and recommends using a sectoral approach to raise standards comprehensively across the industry, to create a landscape where nail salons can improve conditions on a level playing field.

Other key recommendations include: center worker voice and organizing in strategies to lift and enforce industry standards, and support worker organizations’ critical role in bolstering worker voice and agency; strengthen enforcement capacity; ensure a diverse representation of the workforce in any such initiatives; and make training more accessible and relevant for nail salon workers.