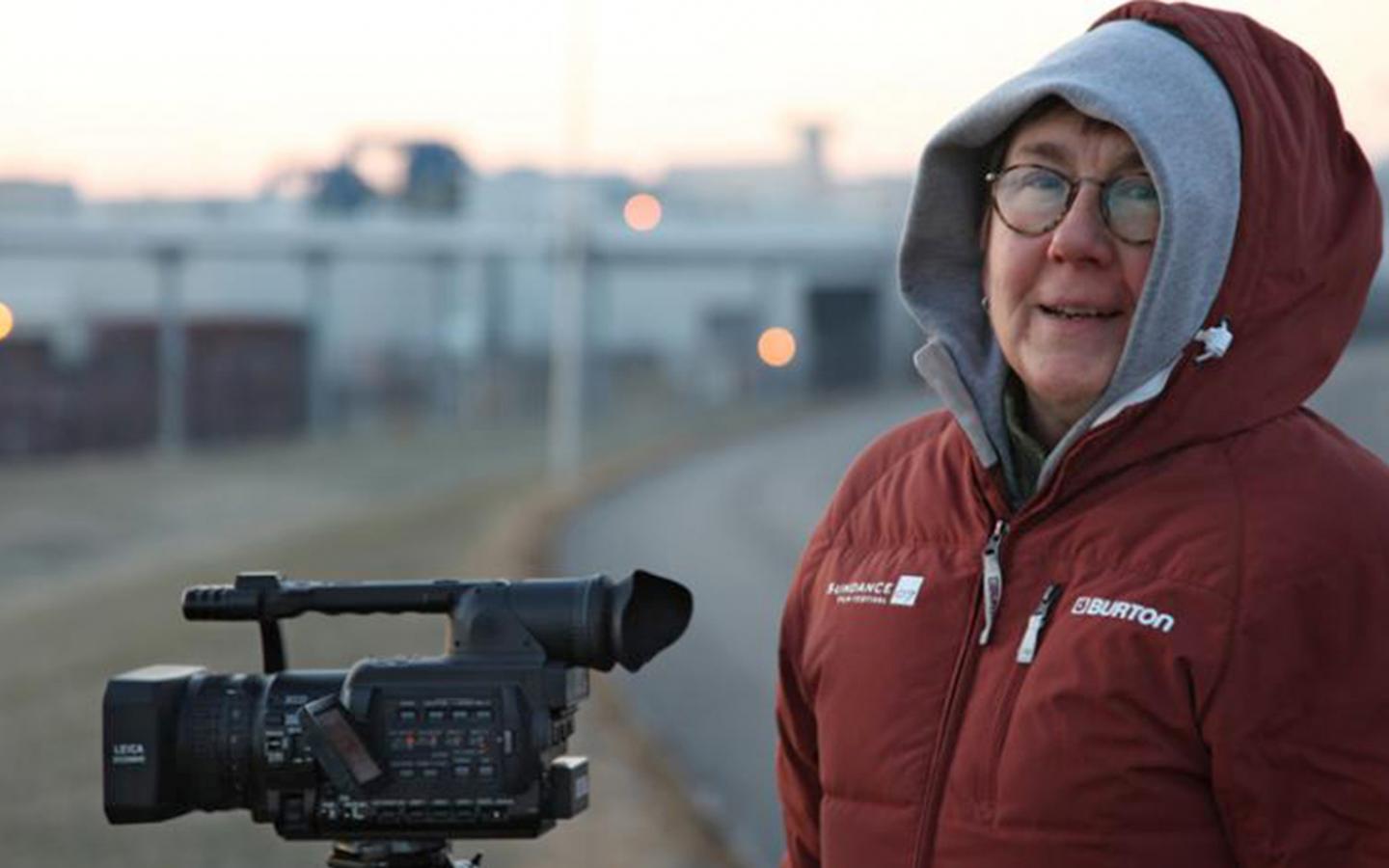 When Julia Reichert appeared on a recent episode of the ILR School’s podcast, “Work! Exploring the future of work, labor and employment,” her interview with Dean Alexander Colvin was not the Academy Award-winning documentarian’s first interaction with ILR faculty and staff.

In fact, her connection with Cornell dates back to the early 2000s, when her daughter Lela Reichert Klein, A&S ’03, was in the American Studies Program and studied labor with ILR Professor Nick Salvatore.

“We love that guy,” Reichert said before recording the episode. “We spent all of the night before Lela’s graduation talking with Nick at her party. It’s a great memory.”

Salvatore recalled having serval conversations with Reichert about Eugene V. Debs, a prominent labor advocate about whom Salvatore has written an award-winning book, Eugene V. Debs: Citizen and Socialist.

“Nick has been a friend throughout,” Reichert said. “He has been very helpful in making the film, “American Factory,” and even in “9to5,” by talking things through. He’s just an all-around great guy.”

Reichert, whose movies capture stories that explore class, gender and race in America, went on to refer to Kim Cook, extension faculty for education and training at The Worker Institute, as one of the “stars” of her latest film, “9to5: The Story of a Movement,” which had its festival premiere with AFI DOCS in June.

Like Salvatore, Cook also met Reichert through Lela, but it was Cook’s connection with the 9 to 5 movement that solidified her relationship with the filmmaker and landed her in the documentary.

“It's been a great experience for me to get to know Julia, and to get to, sort of on the periphery, see what it takes to make a documentary film,” Cook said. “So, it's been really exciting that way.”

Cook got involved with the 9to5 Working Women organization, which focused on the needs of secretaries in white-collar businesses, while living in Seattle in the early 1980s.

“During that time, 9 to 5 decided that they wanted to create a union, and you see the whole story told in the movie,” Cook said. “There was a wave and the 9 to 5 organization took off nationally. They needed organizers fast, and because I was a clerical worker and had the 9 to 5 experience, I was hired. And I went on to help build that union, known as District 925 nationally. So, I would move around from Seattle to Cleveland to Boston to Alaska. I spent seven years on the road being a union organizer for SEIU and 9 to 5.”

Eventually, Cook returned to Seattle to work for the local District 925 chapter, which was restructured into a regionally based union. Cook was elected president of what became Local 925 of the Service Employees International Union for 10 years before serving on the SEIU International Executive Board and as international vice-president at SEIU.

“She talks about what we did in the ’80s and then she ties it at the end into what's happening now, and the organizing that's going on with the Fight for 15, the Women's Marches.”

It just shows the amazing energy of this moment in the country, and so it makes the 9 to 5 movement feel incredibly relevant and I love that about it.”

Over the past 50 years, Reichert has produced one of the most distinguished bodies of work in American independent film. Her 1971 debut film, “Growing Up Female,” is considered the first feature documentary of the modern women’s movement and was recently added to the National Film Registry.

Reichert went on to produce “Union Maids” (1976) and “Seeing Red”(1984), both Oscar nominees, while the landmark four-hour “A Lion in the House” (2006) won an Emmy for Exceptional Merit in Nonfiction Filmmaking. Most recently, “American Factory,” took home the Oscar for Best Feature Documentary and also received the Best Directing Award for U.S. Documentary at the 2019 Sundance Film Festival.

“9to5: The Story of a Movement,” is currently screening at festivals worldwide and will be shown as a PBS Indie Lens Pop-Up from Jan. 2 to Feb. 9 and on PBS Independent Lens on Feb. 1.