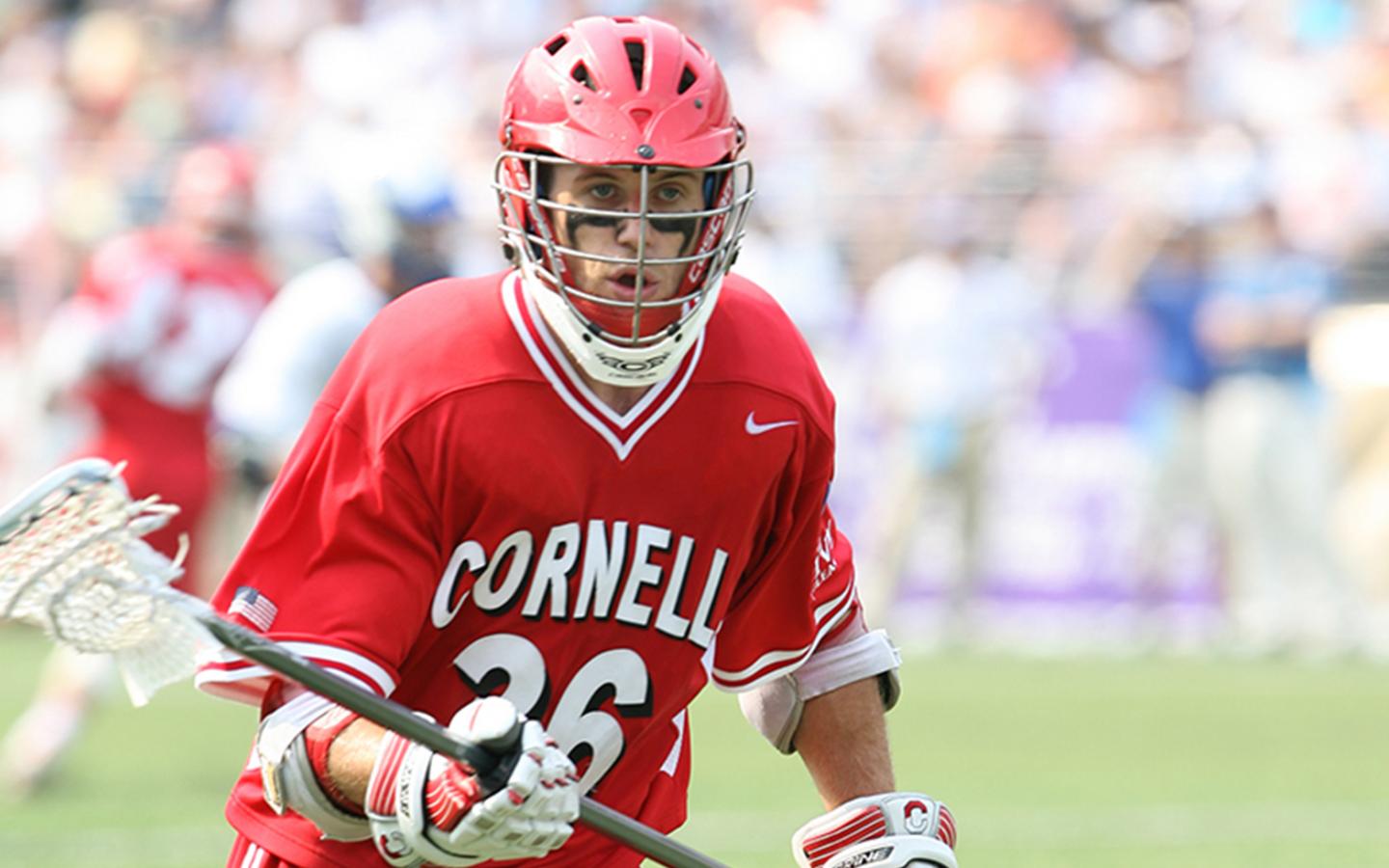 The Best of Many Worlds

Growing up the son of a U.S. Coast Guard officer, he moved four times before finally settling in Severna Park, Maryland, as a fourth grader.

There, Belisle was introduced to lacrosse, another sport to add to his soccer, baseball, football and hockey routine.

He developed into an All-American offensive midfielder at Severna Park High School and was recruited to play for Cornell. During the recruiting process, he was faced with the option of enrolling in the College of Agriculture and Life Sciences to major in Applied Economics and Management – the predominant major among men’s lacrosse players – or in the ILR School.

“I was really drawn to the flexibility that the ILR School offered,” Belisle said. “I thought it gave a really good base that mixed business with social sciences, and I thought there was a nice interplay between the two.

“No matter what I wanted to do, I thought the ILR degree would give me a really good foundation without pigeonholing me in one specific thing that I couldn't escape from.”

Despite his high school accolades as an offensive player, when he arrived on East Hill, Belisle couldn’t crack the lineup and didn’t appear in a single game his freshman season. He had to have flexibility, once again, as the coaching staff asked him to pick up a six-foot-long stick and move to the defensive end of the field

Growing up, Belisle would find any excuse to compete. He would race his father to the car, or the next streetlight. His mom, a personal trainer, would challenge him to pushup contests or take him out on early morning runs.

According to Belisle, “A sense of becoming my best self was instilled by my parents, both in their actions and in their words, by reiterating that I ‘could do anything I set my mind to.’”

Recognizing that his best chance to compete came with a position change, Belisle set his mind to becoming the best defenseman he could be.

In the end, he became one of the best defensemen in Cornell lacrosse history.

Belisle started every game over the final three seasons of his career. He was elected co-captain as a senior and anchored the third-best defense in the nation as he led the Big Red to the NCAA national semifinal.

Following his final season, Belisle became the first Cornell defenseman since 1978 to win the Schmeisser Cup as the top defensive player in the nation. He was a two-time All-American, an Academic All-America and was named first-team All-Ivy as a junior and senior.

After graduation, he was drafted in the first round of the indoor professional lacrosse league and the second round of the outdoor league. Few players have the flexibility to play in both leagues and Belisle was one of just three players that season to be taken in the top 20 of both drafts. Despite the obvious difference of one being played indoor, typically on a converted hockey rink, and the other being played on a field, the leagues have many other differences, including the fact that indoor lacrosse defensemen like Belisle lose the benefit of their six-foot pole. Still, he is one of roughly a dozen players all-time to win a championship in both leagues.

With a salary range of just $10,000 to $34,000 per season, most professional lacrosse players hold full-time jobs and Belisle was no exception. After a short-lived job in finance and some lacrosse-related opportunities, he began working with Trilogy Lacrosse, one of the premier lacrosse event companies in the country. Founded by a pair of Princeton lacrosse alumni in 2005, Belisle became just the third full-time staff member in 2009 and is now a partner serving as vice president of sales and marketing.

He handles everything from executing the company’s marketing plan, to running 100-plus team tournaments, to coaching lacrosse at some of the company’s instructional camps.

“It’s everything from the sales and the marketing to just being another coach and grunt behind the scenes that does what needs to be done,” Belisle said. “And ILR really helped prepare me for all the different challenges. From being a staff member who's taking out the trash, to being in charge of hiring nine guys in the middle of New Hampshire this weekend for work at a tournament.

“I think they’re these little tidbits that I learned in different elements of the ILR education that are really helpful to handling any different problem that comes up as a small business owner with a company that's grown, shrunk and grown again over the course of 10 years.”

Belisle, who also helped Team USA to a silver medal at the 2014 Federation of International Lacrosse World Championship, retired in 2018 from professional lacrosse as a three-time Major League Lacrosse All-Star. In his final season, he won the Players Choice Award, given to "the ideal teammate, the one who has your back, is a consummate professional, and puts the team and others before himself."

For Belisle, the flexibility of his job at Trilogy mirrors that of playing in both of the professional leagues.

“People would always ask, ‘Do you like indoor or outdoor better?' And I always said that I liked that I got to have a break from one in order to play the other,” he said. “So, you know, after three weeks of working instructional camps for Trilogy and I’m out in the field screaming and my vocal cords are hoarse and I'm sunburned, it's nice to sit in the office in the air conditioning and use my brain a little bit more. Then, after a couple weeks of that I'm ready to get outside and start coaching lacrosse.”

“So, it's flexibility that gives me the best of both worlds.”